This spring Roxann Arwen Mills will be leading A Perspective on Nudes: A Short Photographic Workshop. It’s a unique class that involves intensive critique and a full day of shooting models, so I thought I would ask her to share some thought on the topic of nude photography. Images from the last workshop are included throughout. Click here for a previous interview and more thoughts from Roxann.

What are some common misconceptions or assumptions about nude photography? 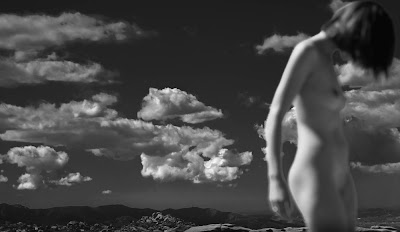 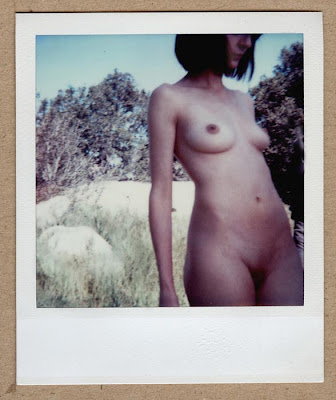 What are some of the challenges of shooting these kinds of images?

One of the biggest challenges is often overcoming the idea that you can just pick up a camera and take a picture that says something, although this is certainly possible by sheer luck, like the Sunday painter who by accident stumbles upon an interesting process, without any clue as to what they’ve made. And in fact I’m a big fan of accidents, because they can lead us down the most interesting paths by showing us what our imaginations are truly capable of, but I also believe that knowledge is power, and that extends to making informed choices when creating art, otherwise your imagination often just repeats the past, or you cannot adequately express your vision. Just like a painter, you have to develop the skills to translate what your imagination sees. You have to know your equipment well enough to understand what it will do, and to be comfortable with it, and you have to develop the ability so see and utilize light in order to capture the complex and subtle aspects possible in your imagery, to capture something beyond the mundane. Sometimes beginners, as well as seasoned shooters, have happy accidents slip in, and in many cases they’re the best images of the shoot. They can be the most inspiring images to those photographers, as it shows them what they’re really capable of creating, and that kind of discovery can be magical. Yet when you look closer, you find that most seasoned photographers have some kind of framework within which they are working, and the technical skills to execute it, so when those happy accidents drop in they’re not lost as a single image that, no matter how interesting, has no relevance to the rest of the work. Then they can build on that image, or decide to begin a new path of investigation. I always keep a quote of Einstein quote close to my heart as I feel it resonates on many levels: “Imagination is more important than knowledge, for knowledge is limited to all we now know and understand, while imagination embraces the entire world…” But in reality creative photography, like creative science, demands both. 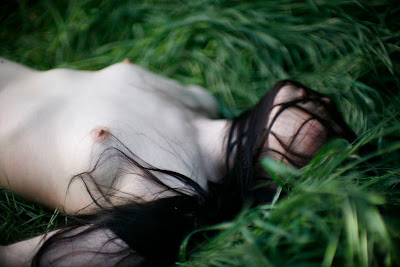 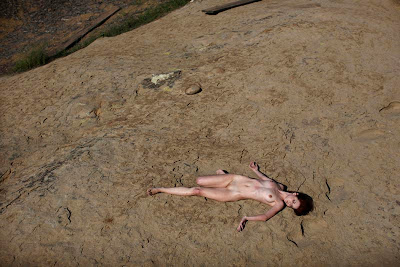 What can students expect if they sign up for the course, and what might they be surprised to learn?

This intensive 4-week class addresses the beginner to intermediate student. Students will become acquainted with a wide variety of approaches to photographing the female nude. They will also receive personal guidance to help them develop their own ideas. The course includes an in-class demo-photoshoot, with a model, before the all day location shoot. Here students will have an opportunity to learn how to give direction, and communicate their ideas effectively to the model, while at the same time learning some of the challenges of working with natural light. There will be a second natural lighting demo on site the day of the location shoot. During that day I will be on hand for personal coaching as well. We also have a guest speaker, who’s printed for some of the most celebrated nude photographers in 20th century. He’s been printing nudes over over 25 years, and has worked with such artists as Nan Goldin, Irving Penn, Sally Mann, Herb Ritts and more. He brings a unique perspective in his discussion on photographing the contemporary nude. 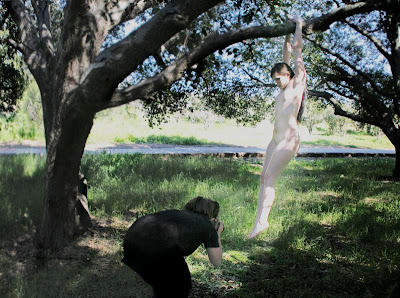 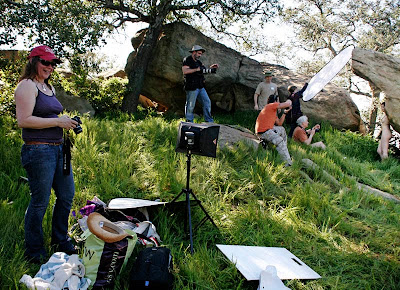 Students are often surprised to discover how freeing, and perhaps at the same time a little forbidden, it feels to be out in the grassy mountain landscapes working with nude models. 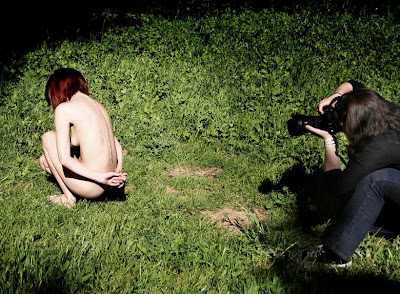 We ‘re born naked, and perhaps in spite of the inhibitions that are imposed upon us in Western culture, somewhere subconsciously we know that being naked is a natural state of being. Maybe that’s why we continue to be fascinated by the nude in art; even when we find an image distasteful, most of us can’t help but look at it. We all identify with the human body. And through our nakedness there is a common bond. But even in the 21st century there’s still much fear and contempt for the nude in our culture. Because of this, I believe it’s a subject worth continued investigation. I don’t believe we’ve said all there is to say about it, and I’m not sure with the advances in biogenetics and the future of technology we ever really will. 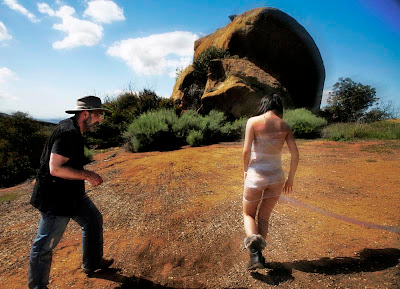 Photography is a powerful form of nonverbal communication. But I think that many students are surprised to realize that even when photographing the world in front of their eyes, it’s the world behind their eyes that is truly communicating their deeper intentions. As artists, we’re all on a quest for a sense of our inner freedom through many forms of communication. The art of photographing the nude is a wonderful and exhilarating place to begin that exploration. 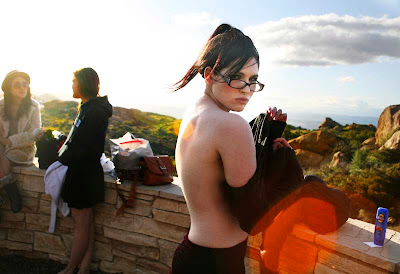 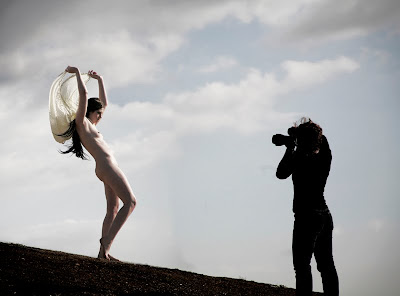 View all posts by Cristina →